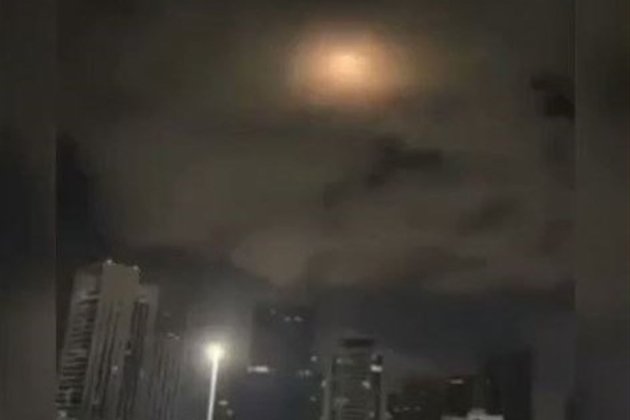 "The remnants of the intercepted ballistic missiles fell in separate areas around Abu Dhabi," the ministry said, adding it was taking necessary protective measures against all attacks, Reuters reported.

UAE newspaper The National cited residents reporting flashes in the sky over the capital around 4:30 a.m.

As of yet, no Yemeni official has responded to the claims by the Emirati ministry.

Monday's attack would be the second on UAE soil since last week's strike that hit a fuel depot in Abu Dhabi, killing three people, and causing a fire near its international airport.

The retaliatory attack came after the UAE-backed mercenaries recently were largely present in key energy producing provinces in Yemen, after the UAE had largely reduced its presence in Yemen in 2019 amid a military stalemate.

Following the Yemeni retaliatory attack, the Saudi-led coalition has ramped up air strikes on residential neighborhoods as well as infrastructures of Yemen.

The Yemeni Al-Masirah satellite news channel said the strike on the telecommunications building had killed and wounded people and cut the country's access to the world wide web.

Meanwhile, at least 82 people were killed in the Saudi-led air strike on a temporary detention center in northern Saada province on Friday.

Saudi Arabia, backed by the United States and regional allies, launched the war on Yemen in March 2015, with the goal of bringing the government of former Yemeni president Abd Rabbuh Mansour Hadi back to power and crushing the Ansarullah movement.

The war has left hundreds of thousands of Yemenis dead and displaced millions more. It has also destroyed Yemen's infrastructure and spread famine and infectious diseases there.

Despite heavily-armed Saudi Arabia's incessant bombardment of the impoverished country, the Yemeni armed forces and the Popular Committees have grown steadily in strength against the Saudi-led invaders and left Riyadh and its allies bogged down in the country.