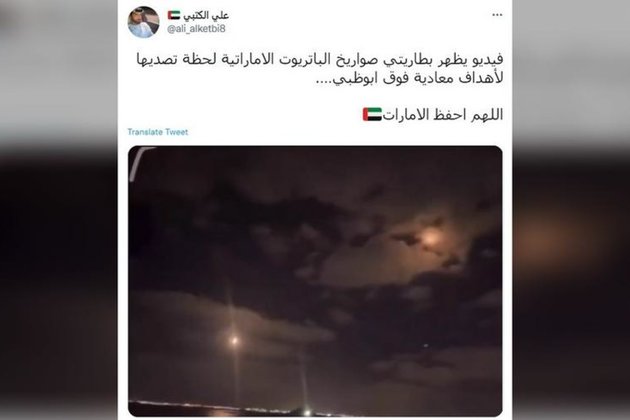 The nighttime engagement was filmed by multiple witnesses on the ground

The United Arab Emirates (UAE) have reported successfully intercepting two ballistic missiles launched by the Yemeni Houthi fighters. The projectiles were destroyed by air defense forces, with debris falling in various parts of the capital Abu Dhabi, the defense ministry reported, as cited by the state news agency WAM.

The moment of the early Monday-morning incident was filmed from the ground by multiple witnesses, according to purported footage of the incident circulating on social media.

Shortly after the interceptor missiles were launched, what appeared to be burning debris could be seen falling down.

The thwarted attack briefly disrupted traffic at the Abu Dhabi International Airport. There were no casualties or damage reported on the ground.

The Houthi rebels would not immediately claim responsibility for the missile launches. But the force has a long record of attacking targets in Saudi Arabia and the UAE since Riyadh and its allies launched a military intervention in Yemen in 2014.

On late Sunday, debris from an intercepted Houthi ballistic missile reportedly fell on workshops in the industrial area of Jazan in Saudi Arabia, causing some damage and slightly injuring two workers, the Saudi-led coalition reported.

The attacks come after a Saturday coalition strike at a detention facility in Yemen's northern province of Saada, the stronghold of the Houthis, killed at least 87 people and injured 266 others, according to Doctors Without Borders.

A separate airstrike at a telecommunications center in the Yemeni port city of Hodeida knocked out internet access on Friday.