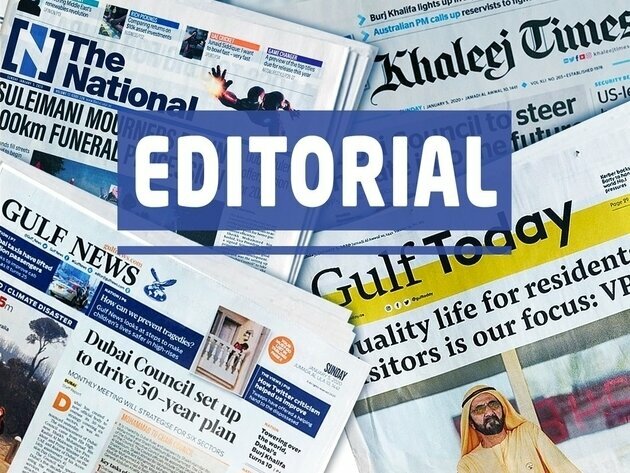 ABU DHABI, 8th April, 2022 (WAM) -- The agreement on the new Presidential Leadership Council (PLC) in Yemen is a significant development, in that it creates a robust political grouping that can give new impetus to efforts to restart the Yemen peace process. It includes all actors on the ground - to the exclusion of the Houthis who chose to stay away from the GCC-sponsored talks in Riyadh, a UAE daily paper commented on Friday.

Yemeni President Abdrabu Mansur Hadi has delegated power to a new presidential council, made up of eight members who will "assume the duties of the President and his deputy. Accompanying the PLC is news of a $3 billion aid package, organised by Saudi Arabia and delivered in partnership with the UAE. This money will help alleviate suffering. It also comes at a time when the PLC has put together a team of economists to tackle the many challenges facing Yemen's economy, wrote The National in its daily editorial.

The Abu Dhabi-based paper said: ''But the long course of the civil war, full of frustration, shows that fulfilling the potential of the PLC is not inevitable. To keep the process on track, minds must be focused on three key points.

The first is to realise that this is a pivotal moment, the ultimate success of which lies at home. The Houthis have sought to benefit from stagnation among their opponents and could seek to cause further divisions among them.

The second is the need for the international community, too, to seize the moment. The UN now has the evidence for which it has been asking: that factions are willing to compromise. With it, stakeholder countries must engage and offer support when needed and use their clout to push the process along. The PLC will need to work with the UN envoy Hans Grundberg to work towards peace. However, the Houthis must be willing to engage meaningfully and seriously - and if not, pressure must be exerted on them.

Perhaps most importantly of all, it is crucial to understand that time is of the essence. Any stalling could lead to a loss of momentum. The truce that was declared ahead of Ramadan was an important indicator of the possibility of an agreement, even if it has some shortfalls.

All this will only be possible with one principle, which has been lacking throughout the war: will, specifically the will to put aside differences and compromise for the sake of ordinary Yemenis. Regular people are yearning for an end to the war and to have a legitimate and internationally recognised government ruling over all of Yemen.

Before the signing of the 2011 deal in Riyadh that saw former president Saleh transfer power, the King of Saudi Arabia said: "I declare the turning of a new page in the history of Yemen." It was an historic moment, but its full promise was left unfulfilled. Now, with the right approach and intentions, it can be realised,'' The National concluded.