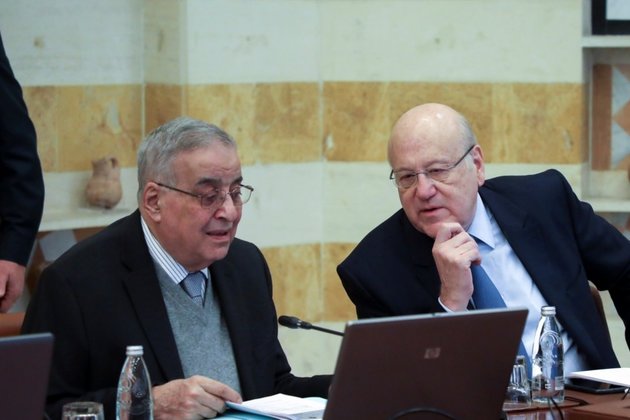 'Any act that falls outside the framework of the state's responsibility and the diplomatic track within which negotiations are taking place, is unacceptable and exposes [Lebanon] to unnecessary risks,' Foreign Minister Abdallah Bou Habib said after meeting the prime minister, Najib Mikati.

Bou Habib on Monday called on 'all parties to show a spirit of supreme national interest and commit to... supporting the state in the negotiation process,' in a veiled message to Hezbollah.

'The ongoing negotiations held with the assistance of the U.S. mediator are in advanced stages,' Bou Habib said, adding that the Hezbollah operation was launched without official state consent.

The maritime border dispute between Lebanon and Israel returned to the fore last month after Israel moved a production vessel into Karish, parts of which are claimed by Lebanon.

The move forced the Lebanese government to call for the resumption of U.S.-mediated negotiations that had hit a wall last year over demarcation disputes.

Hezbollah for its part threatened Israel and the company that owns the production vessel against proceeding with extraction, saying it was ready to stand in the way.

Lebanon is now waiting for a response from Israel after relaying its maritime border position to U.S. mediator Amos Hochstein who visited Beirut last month at the request of authorities.