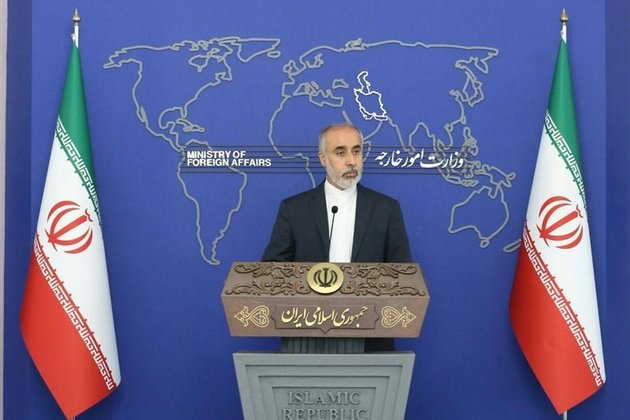 TEHRAN (Tasnim) - The spokesman for the Iranian Foreign Ministry rejected the baseless allegation that weapons were being smuggled from Iran's southern port city of Bandar Abbas to Yemen's Hudaydah port.

In comments on Monday, Nasser Kanaani responded to a question from journalists regarding alleged smuggling of arms from Bandar Abbas to Yemen's Hudaydah.

Kanaani said such claims are "baseless and repetitive staging" on the part of the "invading coalition and their Western supporters."

The spokesman said the invading coalition and their Western backers must be held accountable for the crimes that they have committed for seven years in Yemen.

Those crimes have left innocents dead, destroyed Yemen's infrastructure and unleashed the greatest humanitarian catastrophe of the century, he added.

He maintained that framing Iran is only aimed at distracting the public opinion of regional and world countries from the realities of the Yemen crisis, the Foreign Ministry's website reported.

Kanaani added that Iran's support for the Yemeni people was political from the very beginning of the crisis and that Iran has always backed the peaceful process in Yemen and also the UN's efforts to peacefully end this devastating war and to keep the truce in Yemen.

He underlined that continuation of hostile policies and repetition of threadbare scenarios are at odds with their claim that they want the ceasefire hold and will not deliver any new outcome for the aggressors.

Saudi Arabia launched a devastating war on Yemen in March 2015 in collaboration with its Arab allies and with arms, logistical, and political support from the US and other Western states. Simultaneous with the invasion, the aggressors and their supporters also put the entire impoverished country under an all-out land, aerial, and naval blockade.

The objective was to reinstall the Riyadh-friendly regime of former Yemeni president, Abd Rabbuh Mansour Hadi, and crush Yemen's Ansarullah popular resistance movement, which has been running state affairs in the absence of a functional government in Yemen.

While the Saudi-led coalition has failed to achieve any of its objectives, the war has killed hundreds of thousands of Yemenis and spawned the world's worst humanitarian crisis.

The United Nations brokered a truce between the coalition and Ansarullah, which came into effect in April, and was extended for another two months on June 2.

Throughout the course of the truce, however, Yemen has been reporting repeated breaches by the coalition.