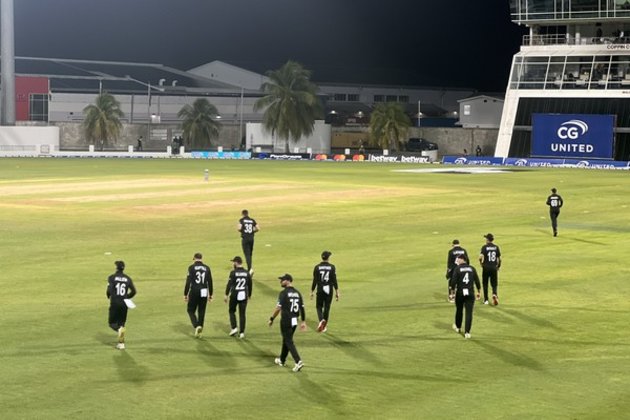 The A squad featuring seven players with international experience has been selected to tour India for red and white ball fixtures in September.

The matches, all against India A, will be the first time a New Zealand A side has played overseas since the 2018 tour to the United Arab Emirates to play Pakistan A.

Alongside the players with full International experience, the squad also features five players with a chance to represent New Zealand A for the first time: Chad Bowes, Matt Fisher, Ben Lister, Robbie O'Donnell and Joe Walker.

Wellington Firebirds pace-bowler Logan van Beek returns to the NZ A programme after stints with the Netherlands, with the ICC eligibility rules allowing him to play for both sides concurrently.

Tom Bruce (Central Districts) and Robbie O'Donnell (Auckland) have been named co-captains for the tour which departs on Friday, August 26.

New Zealand A last toured India in 2017 and this visit will feature a similar structure, with three four-day matches and three one-day matches in Bangalore and Chennai, respectively.

New Zealand selector Gavin Larsen, who will head away with the side as part of the support staff, said the tour represents a huge development opportunity for the playing and coaching group.

"It's great to have A fixtures back on the touring calendar and even more exciting to have the team playing in foreign conditions," Larsen said.

"This programme and tours like these are vital in developing our people and giving them opportunities to test themselves against quality opposition. We have an exciting mix in this group, including players who dominated our last home season such as Robbie O'Donnell and Tom Bruce, alongside emerging talents in Matt Fisher and Joe Walker," he added.

Larsen noted players such as Mark Chapman, Jacob Duffy and Dane Cleaver had experienced success with the BLACKCAPS during the recent series in Europe, and said their experience would be invaluable within this group.

"With a mix of red ball and white ball matches it's a great chance to see the players in a variety of situations against what we know will be a very strong home side. The conditions present a great opportunity for the spin bowling group in particular, ahead of future tours and ICC events in the subcontinent," said Larsen.

"It's exciting to welcome Logan back into the NZ A set-up. He's a proven performer on the domestic scene and has impressed in his recent stints playing for the Netherlands. Touring India is one of the great experiences for any cricketer and I know the players and staff are looking forward to the challenge," he further said.

Seam bowling all-rounders Henry Shipley (Canterbury) and Nathan Smith (Wellington) were ruled out of contention due to injury.