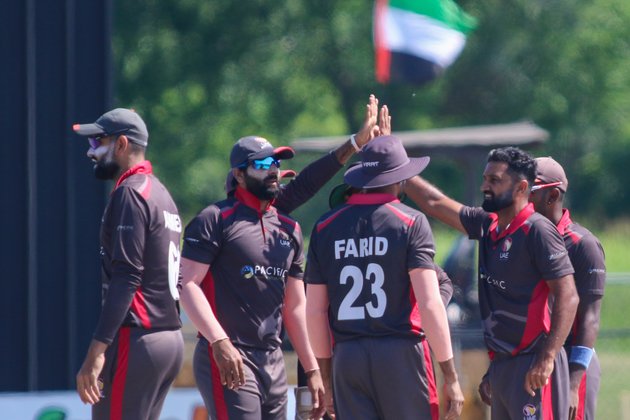 The middle-order batter takes over from left-arm spinner Ahmed Raza, who will continue to lead the team in ODIs.

The ECB made the announcement in a press release following the side's Cricket World Cup League 2 tri-series in Scotland, and ahead of the Asia Cup Qualifier in Oman.

The ECB in the announcement expressed its desire to split white-ball roles.

"The committee believes, after extensive discussions, and following a detailed review of the side's recent 50-over performance, by providing the respective Captain's with a sole-format-focus it creates a strong leadership succession plan and encourages a singular commitment to fine-tuning strategic on-field components of the game," ECB said in an official statement.

"UAE's T20 game is in good standing and has exceptional depth. This strategy comes at the optimal time to assess what is best for this format moving into the (ICC T20) World Cup and beyond. UAE's High-Performance unit believes this presents a solid opportunity to consider and open up all options - player make-up and Captaincy - to take the game forward," the statement further added.

Rizwan's first assignment will be the Asia Cup Qualifier, which is set to run from August 20 to 24 in Al Amerat.