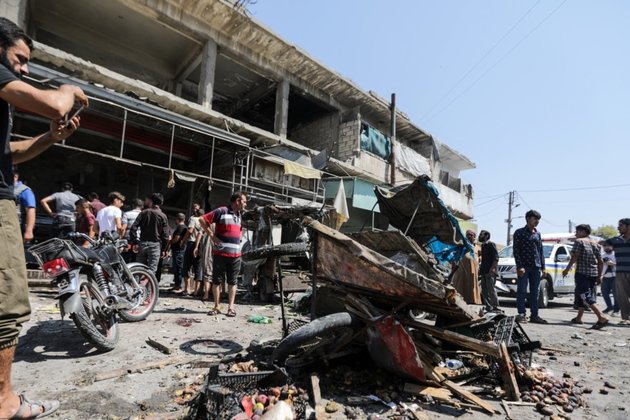 Nine people were killed, including at least five children, in a rocket attack on a market in the northern Syrian city of Al-Bab on Friday, according to emergency responders working in rebel-held areas.

The White Helmets, a rescue group working in parts of Syria still held by armed opposition factions, said at least 28 others were wounded.

The warring factions in Syria's 11-year conflict have carved up the north into a patchwork of zones of control.

Al-Bab falls within the areas of Aleppo province held by Turkish-backed rebels, but other parts are held by Syrian government troops backed by Russia.

The U.S.-backed Syrian Democratic Forces (SDF), spearheaded by Kurdish groups who have opened a dialogue with the Damascus-based government, also control parts of the north and northeast.

The head of the SDF's media center, Farhad Shami, said the group had nothing to do with Friday's attack.

Activists in Al-Bab had been planning a protest after Muslim midday prayers Friday to denounce comments by Turkey calling for reconciliation between the Syrian government and the opposition.

In a statement distributed to media after Friday's attack, the activists canceled the demonstration over fears of further violence.