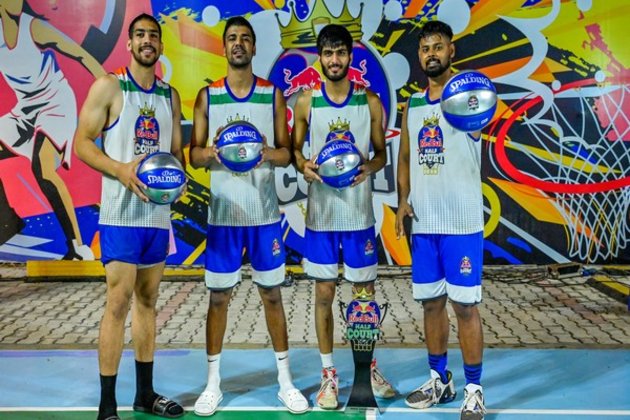 The tournament is scheduled to take place on September 30 and October 1, 2022.

The Half Court tournament is a global 3x3 tournament, held across 25 countries. This is the 2nd edition of the tournament in India which was held in June. The India leg consisted of 8 cities with 32 teams participating in each city and the winners of these 8 cities played against each other on to become the national champions.

This is the 1st year that India will make it to the world leg, in 2019 the team qualified but was not able to make to the world finals because of visa issues.

Talking about the same Abhishek Tyagi said in a official press release, "Our team consist of 4 players each from different state, namely Delhi, Haryana, Rajasthan and Uttar Pradesh. We won against 6 teams at the city qualifiers and defeated 4 teams to win the nationals. We are very excited to represent India at the world stage and we would also like to extend our thanks to Sunny Bhandarkar the CEO of Elite Pro Basketball League who has supported us throughout this journey both financially and for training."Talking about the same, CEO of Elite Pro Basketball, Sunny Bhandarkar said, "This is a proud moment for the whole basketball community in India and we are very proud of these boys who are all set to showcase their talents at the world stage. Our aim is to provide a platform for the upliftment of the game in India and we will spare no effort to achieve it. We are hoping they make India proud and bring back learnings from other teams which they can spread to their teammates when the Elite Pro Basketball League starts."An excited Abhyudaya Yadav said, "Representing India at the world stage is every athlete's dream. We are working hard and want to put our best foot forward and showcase our talent to the world. Also, we want to observe and learn as much and get it back to India and spread the knowledge across everyone. My dream is to see India qualifying and participating at Olympics and other major basketball tournaments across the world." (ANI)