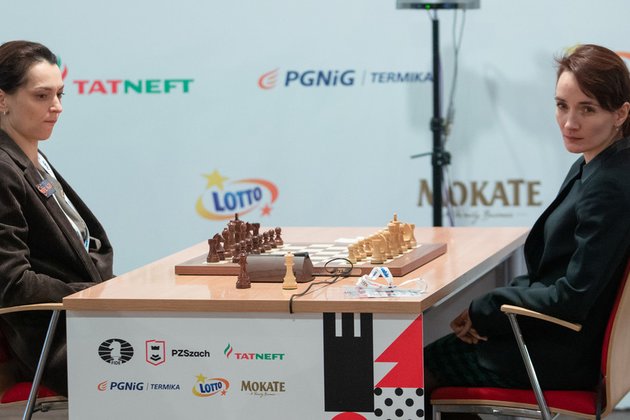 Ilya Smirin stated on air that the game was perhaps ?not for women?

Ilya Smirin, the Belarusian-born grandmaster who has represented Israel since 1992, has been relieved of his commentary role by the International Chess Federation after he suggested on air that the game is "maybe not for women."

Smirin, 54, also drew criticism for praising another female player for likening positive moves made by her to those potentially made by a man during the ninth round of the Women's Grand Prix on Tuesday in Astana, Kazakhstan.

Smirin's initial comments were referencing Chinese player Zhu Jiner, who is a female grandmaster - a title considered lower than that of a grandmaster, which is the highest title that a male or female player can attain.

Grandmaster is reserved for players who can claim a rating or 2,500 or above, while female grandmaster requires a slightly lower score of 2,300.

Smirin's offending comments were made during a discussion as to whether or not Zhu Jiner could develop her play to becoming a full grandmaster, during which he said: "She's a woman grandmaster or what?... Why she wants to be like men grandmaster in this case?"

He went on to suggest that he also believes that "chess is maybe not for women."

Fiona Steil-Antoni, his co-commentator, questioned him, saying, "You're saying, you know, 'chess is maybe not for women'."

He also drew criticism for comments made about another female player, Aleksandra Goryachkin, who holds full grandmaster status - stating that she had been "playing like a man."

"She played in Russia super final," he added. "Small minus she made, but it was a very strong tournament. She also had like 2,600 plus rating."

"What does that have to do with playing like a man, only men can play well?" Steil-Antoni replied.

"No, no," Smirin said. "But she's playing in style, positional style... But OK, I'm always curious, why can women play among men but men cannot play with women in women tournaments? Interesting question."

Smirin's comments were quickly seized upon by high-profile members of the female chess community.

"Gross to see such sexism in the broadcast for a women's event... Fiona did a great job in an uncomfortable convo she never should have been in," said US women's chess champion Jennifer Shahade.

Female Grandmaster Gulrukhbegim Tokhirjonova also rebuked Smirin: "Isn't it a pure form of discrimination? How can such a man work in the official @FIDE_chess broadcast of such an important women's event?"

"Although we have great respect for Grandmaster Ilya Smirin as a chess player, the views he expressed on air are completely unacceptable, offensive, and do not represent any of the values that FIDE stands for," it said in a statement.

It also confirmed that he has been removed from his commentary duties with immediate effect.

Smirin, though, says that he is stunned by the wave of criticism he has received, claiming that he did not say anything "really bad" and objected to accusations that he is "sexist."

"But what I said during the broadcasts was perhaps slightly impolite but nothing more," he said to the BBC.

"And the most of it clearly was a joke. If we will continue like that, the very words 'man' and 'woman' risk to disappear rather soon. I want to stress that I did not want to hurt anyone, I love and respect chess and women. And I do not like hypocrisy."

He added that he hopes "common sense will prevail" and he will be able to return to his commentary duties before long.