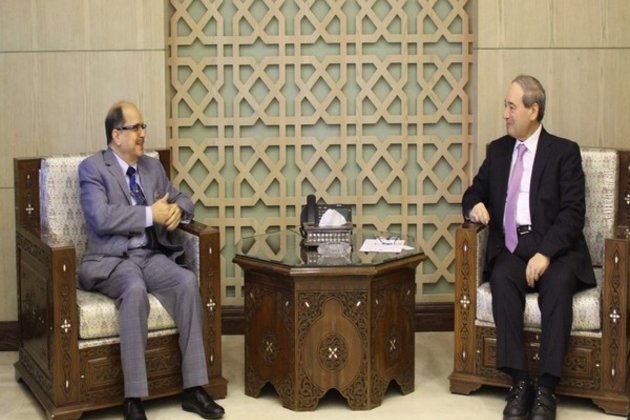 A total of 1,000 Syrian students have benefitted from the first two phases of the scholarship scheme, an MEA press release read. Sayeed met with the Syrian foreign minister Fayssal Mekdad and discussed a range of bilateral, regional, and international issues of mutual interest.

Sayeed, Secretary (Consular, PassportVisa and Overseas Indian Affairs) visited Damascus on October 2 and called on Mekdad where the leaders discussed a range of bilateral, regional, and international issues of mutual interest.

As part of India's developmental and humanitarian assistance to Syria, Secretary (CPVOIA) inaugurated the Second Artificial Limb Fitment Camp (Jaipur Foot) in Damascus for the needy people of Syria on the occasion of the 153rd Birth Anniversary of Mahatma Gandhi.

The visit of Secretary (CPVOIA) to Syria provided the much-needed impetus to our bilateral relations with the country. (ANI)