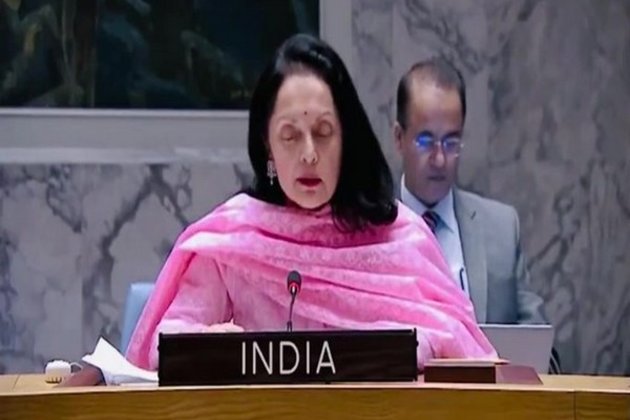 Speaking at a United Nations Security Council meeting on Yemen, she said, "India has also taken steps to address food security in Yemen by prioritizing wheat exports to the country. Despite our national regulations on wheat exports, we have continued to export wheat to Yemen to mitigate the adverse impacts of supply changes in the global commodity markets. We remain committed to doing so in future as well.""On the humanitarian side, two wheat shipments of almost 85,000 metric tons have departed for Yemen under the Black Sea Grain Initiative within the last 30 days. We welcome this development and hope that this important initiative will continue to benefit Yemen," she added.

She urged Yemen to embrace the path towards peace by shedding the military approach and by extending and expanding the troops into a comprehensive nationwide ceasefire.

"Yemen is at a crossroads, one path leads to the peaceful resolution of the conflict, and the other leads to the resumption of active hostilities, which will only exacerbate the suffering of the Yemeni people. The choice is clear for the parties to the conflict to make," said the Indian envoy.

She further emphasized that the focus should be on cooperative and confidence-building measures to alleviate the lives of the Yemeni people by starting an inclusive political dialogue to end the conflict.

"In this regard, we are concerned by the actions of Ansar Allah and condemned their attacks on the ports and shipping vessels in Yemen and their threats to the shipping vessels travelling in and out of Yemen. The use of sophisticated missiles and drones in these attacks raises questions over the implementation of the targeted arms embargo established by this council," said Kamboj.

The Houthi movement, officially called Ansar Allah and colloquially simply Houthis, is an Islamist political and armed movement that emerged from Saada in North Yemen in the 1990s.

"This council should send a strong and clear signal to anyone who stands in the way of these efforts," said Kamboj.

The Yemeni Civil War is an ongoing protracted conflict with multiple factions involved. The civil war has been raging from 2014 to the present day.

The conflict is mainly between the Abdrabbuh Mansur Hadi-led Yemeni government and the Houthi armed movement, along with their supporters and allies. Both claim to constitute the official government of Yemen.

The conflict so far has already resulted in an unprecedented humanitarian tragedy in Yemen with an enormous loss of lives, endangering millions of civilians with chronic food insecurity, as well as exacerbating the miseries of the people, particularly women and children. (ANI)