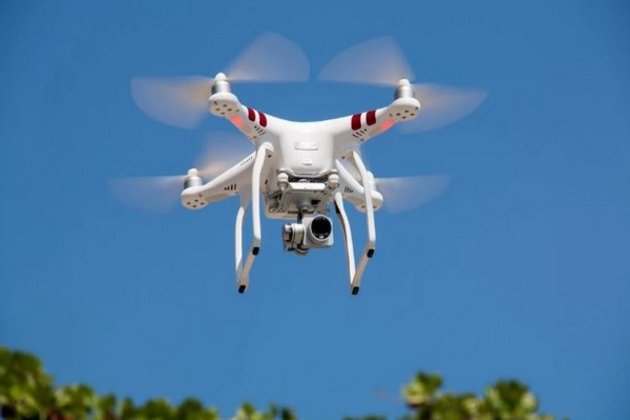 Beijing [China], January 25 (ANI): The cheaper going rates of Chinese drones makes them the first preference for countries that are in the market for these unmanned aerial vehicles and helps Beijing in its informatised warfare, reported Al Jazeera.

China's domination of the global market for armed drones over the past decade is partly due to a vast state-funded effort that seeks to elevate the country's armed forces to 'world-class standards', the report said.

Chinese President Xi Jinping has described drones as capable of "profoundly changing war scenarios", and pledged during the Communist Party's Congress last year to "speed up the development of unmanned, intelligent combat capabilities".

Data from the Stockholm International Peace Research Institute (SIPRI), a think-tank that tracks global arms transfers, shows that China has delivered an estimated 282 combat drones to 17 countries in the past decade, making it the world's leading exporter of the weaponised unmanned aircraft.

By comparison, the United States, which has the most advanced UAVs in the world, has delivered just 12 combat drones in the same period, all of them to France and the United Kingdom, according to the SIPRI data.

According to the report, Washington restricts the sale of its combat drones by citing the Missile Technology Control Regime, an agreement established in 1987 to limit the proliferation of platforms capable of delivering chemical, biological and nuclear weapons.

From Saudi Arabia to Myanmar and Iraq to Ethiopia, more and more militaries are stockpiling Chinese combat drones and deploying them on the battlefield, it said.

In Yemen, a Saudi-led coalition has dispatched Chinese aircraft, also known as uncrewed aerial vehicles or UAVs, as part of a devastating air campaign that has killed more than 8,000 Yemeni civilians in the past eight years, Al Jazeera reported.

In Iraq, authorities said they used Chinese drones to carry out more than 260 air raids against ISIL (ISIS) targets as of mid-2018, with a success rate of nearly 100 per cent, according to the report.

In Myanmar, the military -- armed with Chinese drones -- has conducted hundreds of air attacks on civilians and ethnic armed groups opposed to its power grab two years ago, it stated further.

"Drones are an important part of China's informatized warfare concept," John Schaus, a senior fellow at the Center for Strategic and International Studies (CSIS), was quoted as saying in the report.

"Advanced capabilities like these allow China the ability to conduct missions far from its borders with far less infrastructure or political risk than if its military personnel were physically present," he said.